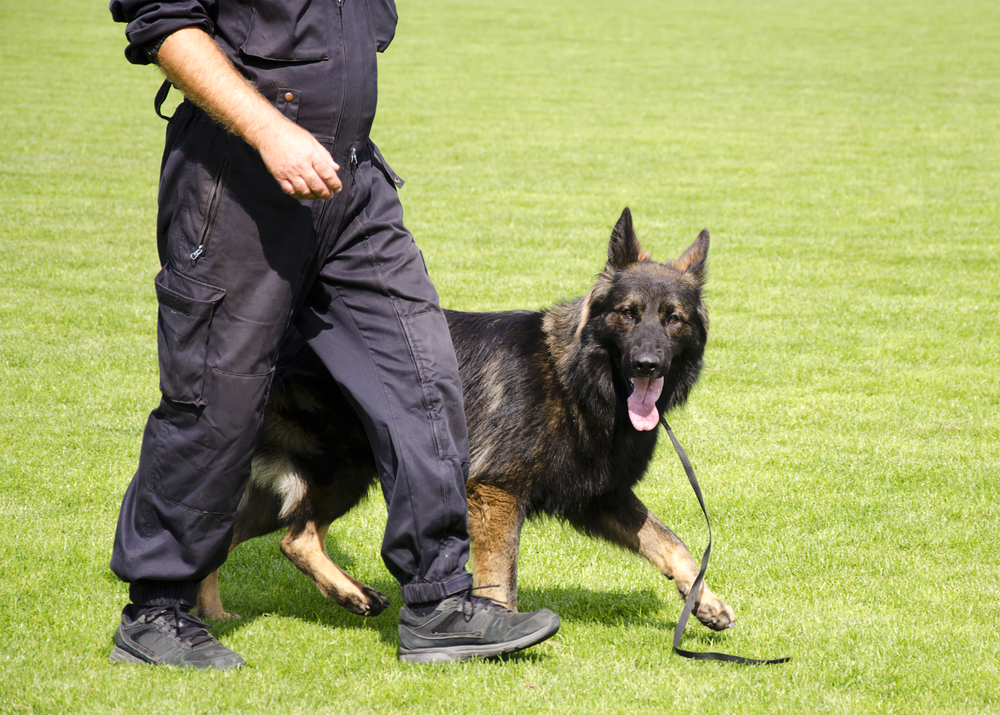 The horror that befell the innocent people in Paris caught up in the recent terrorist attacks brings me deep sorrow: so too does the role of ‘service’ animals in the ‘war against terror’.

Media coverage of recent events left me wondering whether anyone else felt as disturbed as I did reading first about Dobrynya, the two month old German shepherd puppy being offered to replace 7-year-old Diesel who was killed in the raids on the suspected terrorists in Paris, and then the attack on a mounted police horse at an anti-Islam rally in Australia. So-called service animals can, and do, save human lives, but at what cost? What about their lives? What about their rights to protection, security and freedom from harm?

Dobrynya has been offered to French police as a gesture of support by Russia’s Interior Ministry to replace the ‘service dog’ whose death, announced on November 19, 2015, was a result of being killed in Saint-Denis during  the anti-terrorist raid that led to the capture and killing of the suspected Paris attack ‘mastermind’.

While the word ‘Dobry’ translates to mean ‘good’, Russian Interior Ministry spokesperson Elena Alekseyeva explains that the puppy was named after a “Russian epic knight” and symbolises “strength, kindness, bravery and selfless help”. In regards to the epic knight reference, the full name ‘Dobrynya’ is linked to a Medieval East Slavic legendary character known as a Bogatyr.  Bogatyrs are considered to be warriors, heroic, powerful and strong.

By bestowing upon this puppy this particular name, which is clearly loaded with associations to traits such as ‘good’, ‘heroic’, ‘strong’, ‘brave’ and ‘selfless’, what is it that a conscripted ‘service dog’ like Dobrynya has to live up to and look forward to in life? Will he – like his predecessor Diesel – die far too young in a violent manner or, as we like to call it, “in the line of duty”? Will his loss be mourned and memorialised by the sharing of thousands of “messages of gratitude to the heroic dog that protected officers”? Will he be immortalised in our memories as the exemplar of (Hu)man’s Best Friend? Will the announcement of his death – a so-called ‘sacrifice’ in ‘service’ to humankind – inspire 15,000 Tweets? For his sake, I sincerely hope not.

The French National Police reported that Diesel was killed “by terrorists“. In addition to a social media flood of sentiments of sadness at his loss of life and gratitude for his ‘sacrifice’, many people uploaded photographs of their own dogs. In one of these images, a Shepherd breed sits back on his hind legs with front legs off the floor while holding in his mouth a French flag. The hash-tag reads “Je Suis Chien,” meaning ‘I am dog’. What strikes me about this image is the explicit contradiction. The dog is a dog, yes, and yet dogs have no religion or race and certainly no allegiance to any country and they are surely not patriotic. The dog in this image is a tool, a puppet, a political device. We should look very closely at the expression on his face.

Is Diesel really a dog who “Died for France” or is he rather a dog who died for no good reason? Or perhaps it is just not for a good enough reason that he died. He was an impartial individual made to participate in human war, positioned to oppose people who were not even his direct enemies but who are rather the enemies of the country in which he was born. Is it fair to claim that Diesel was killed solely by extremists or is there any culpability to be shared among us, among humanity, for the way these animals are bred, selected, regimentally trained and then made to represent one country or another? In holding the flag, these animals, who have pledged no allegiance and taken no oaths, become drawn into the destructive and unhelpful binary that is ‘us and them’.

In the week after the Paris terror attacks, protests between Anti-Islam protesters and anti-racism protesters occurred in Melbourne, and throughout Australia. In Melbourne there were numerous arrests made including one 29-year old man accused of punching a mounted police horse. Apparently, capsicum spray was used to subdue this individual.

In many of the photographs of the violent clashes, horses can be seen forming a barricade, standing shoulder to shoulder with shields fitted over their faces. Many of the published images clearly capture the fear and anxiety being experienced by the horses and it is heart wrenching. While their eyes and parts of their heads are protected, the rest of the horses’ bodies – their legs and chests – remain exposed and vulnerable to injury.

The significance of the danger they face is evident in one report that a protester was found to be in possession of a knife. While I was not personally there, as a former veterinary professional with twenty years of experience working alongside distressed, injured and sick animals, I feel certain that these horses, no matter how well trained and ‘conditioned’ to face riot scenarios, would have felt severely stressed facing a crowd of over a thousand angry and agitated protesters. While we cannot ever know exactly how a horse feels, one image seems to confirm the strain of this role in capturing one horse facing the protesters with an open mouth baring his or her teeth.

The most poignant image, published by Business Insider Australia, shows two police horses and a young girl who stands beneath one horse’s head. That horse’s chin rests on the girl’s head as her hand rests gently on the neck of the other horse. This embrace – a tender moment of shared respect and affection between the girl and the two horses captured in time – reminds me how out of place both the girl and these horses seem. They are united in peaceful and loving solidarity in the midst of an atmosphere of hatred, intolerance and violence (although I want to acknowledge those who were protesting to oppose these sentiments).

Just as the horses seem to recognise that this girl amid the hostile crowd poses them no threat, she in turn seems to recognise the horses as victims, as out of place, perhaps because they are above all our abominable humanness. War is not their ‘job’. Dogs are dogs and not gifts, heroes, warriors, servants, puppets or tools and horses are horses, not guards or weapons or walls or shields or modes of transportation.

While it might be easier said than done, I simply can’t help but think that we should leave poor gentle, innocent beings out of our disgraceful human wars.

Donelle Gadenne has an English Masters degree and is an independent Critical Animal Studies scholar. You can read more of her publications here.

One thought on “‘Je Suis Diesel’ and the horses who needed a hug: Reflecting on the role of ‘service’ animals”