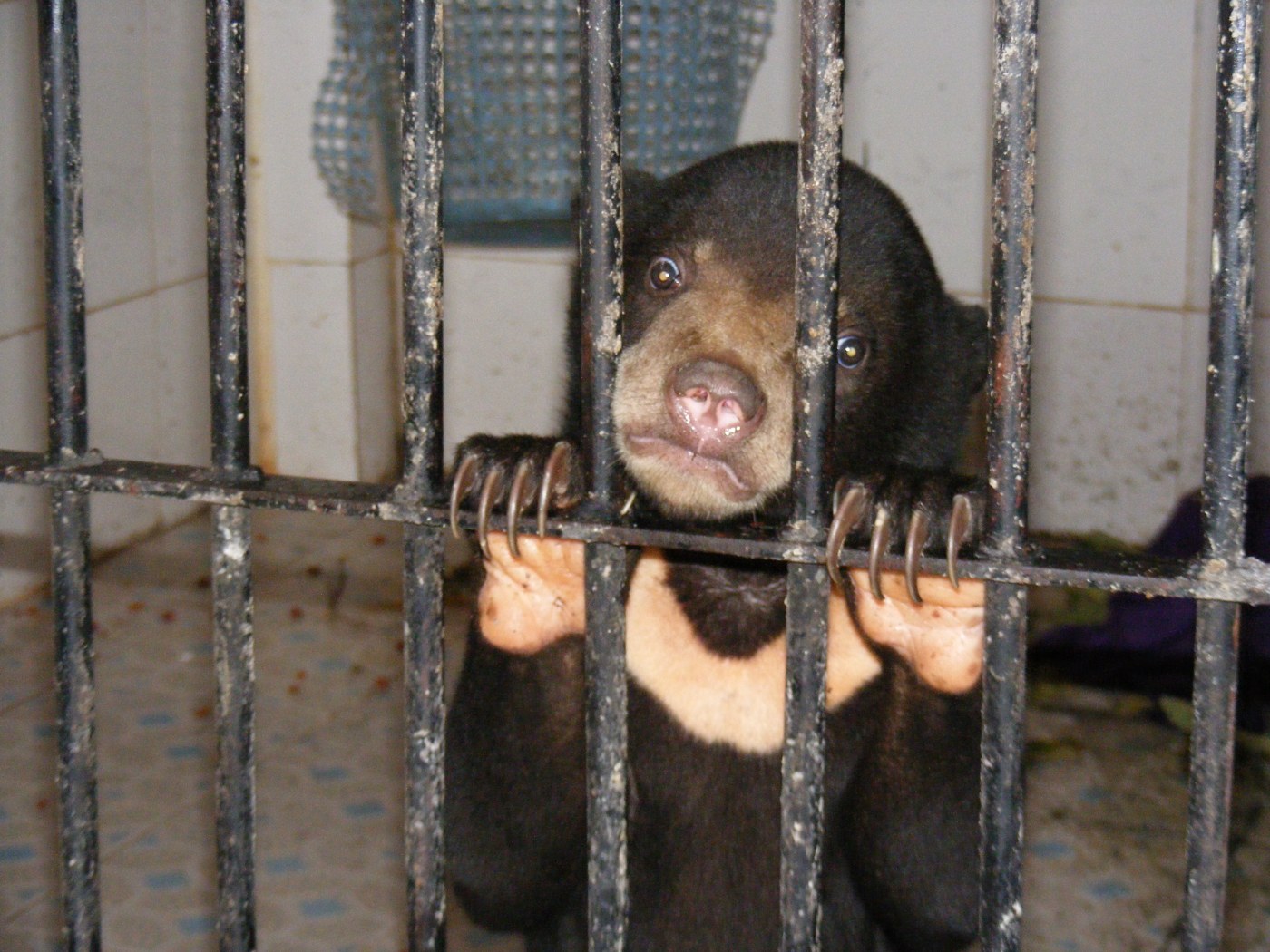 Welcome to our series, ‘Why Animal Studies?’ The aim of the series is to have scholars across the ideological spectrum (i.e., human-animal studies, critical animal studies, anthrozoology) reflect on why they locate their scholarship in the field. We will be featuring pieces from PhD students, established and early career scholars as well as established scholars from other areas who are increasingly interested, and working, in the field. If you would like to contribute to the series please email nik.taylor@flinders.edu.au.

In this frank and courageous post Donelle reflects on her own sense of place within animal studies and how it enables her to combine her academic interests with her animal rights activism as well as her experiences as a veterinary professional and her public speaking work.

A memory from my childhood involves walking to the end of the one mile (2km) jetty in Busselton, Western Australia. The jetty – closed to shipping in 1972 – was a place of recreation and it remains a popular tourist attraction today. I have not been to Busselton in well over two decades, but my recollection of the jetty in the 1970s and 1980s is vivid. It was a solid structure until near the end where decaying wood and missing planks made it dangerous to navigate. The sign ordering us to turn back or proceed at our own risk filled me with sheer terror.

The memory of fearing my own death on the jetty exists alongside memories of witnessing the violent deaths of innumerable sea creatures snatched from that abyssal water. I recall observing the brutality of angling as fish, squid, crabs, stingrays and other sea creatures were hooked or hoisted up onto the jetty, impaled, cut, stabbed, left to flap and gasp on the planks. I remember peering into strangers’ buckets to see bleeding fish looking back at me with their blank, bulging eyes. Occasionally a crab might escape a net and scuttle in clear desperation towards the nearest crack, only to fall a nonsurvivable distance back into the ocean. I remember the raw, fleshy crescent-shaped gash on a decapitated stingray who even without a head, kept waving his or her pectoral fins. I can picture the fish gut stains left behind on the wood and the joy on the faces of people ‘drop kicking’ the bloated bodies of dying blowfish from the jetty back into the sea. As a result of what I saw, and still see, I have a need to express how confused and distressed I am at the way humans often treat nonhuman animals.

Prior to finding myself in the realm of university, I tried various ways to advocate for the rights of nonhuman animals. The powerlessness I felt after finding a neighbour’s cat injured having been hit by a car, and shortly thereafter witnessing a dog get struck by a car outside my childhood home, led me to choose a career as a veterinary nurse. I qualified in 1994 and around 1998, I became aware of the animal advocacy work of a local Perth grandmother, Mary Hutton. Mary formed Free the Bears Fund (FTB) in 1995 and her dedication to rescuing bears throughout South-East Asia interested me. I joined the organisation as a volunteer and over a number of years performed public speaking to educate community groups, primary and high school students about the fund’s work. I travelled to Cambodia and Laos in 2008, and later returned to Cambodia and visited Vietnam in 2009, to see the bears. While it was rewarding to see ‘the lucky ones’ living lives free from pain and exploitation, and reassuring to know that I was representing a charity that was transparent and trustworthy, I was frustrated that these animals could not live freely, and free from harm. I was annoyed that they would be forced to live and die in captivity, for their own protection. It occurred to me that I had a choice: I could direct my efforts towards one species and one animal welfare issue, or I could try to do something more: I could critique the systems that exploit animals.

After completing a Bachelor of Arts in Writing in 2010 (throughout which I showed a clear interest in human-animal relations when I chose essay topics such as ‘Are Vegetarians More Spiritually and Ethically Evolved?’ and ‘Zoos: Preservation or Imprisonment?’), I began an Honours degree. The thesis ended up being a personal essay exploring what it meant to critique animal representations in literature and to examine human-animal relationships in my own life, by drawing on past (and undeniably traumatic) experiences. I did not yet know about the developing fields of ‘Human-Animal Studies’, ‘Animal Studies’, and certainly not ‘Critical Animal Studies’. While writing the thesis, I read Philip Armstrong’s 2008 book, What Animals Mean in the Fiction of Modernity and I knew that whatever this book and its author were doing, that was what I wanted to do (I now realise how ambitious that goal was!). Upon completing my Honours degree, I contacted Philip Armstrong and requested he consider me as an English Masters student, and assist me to develop a critique of depictions of recreational fishing in fishing literature. This meant relocating from Australia to New Zealand, but it was a move I embraced.

In January 2013, I began studying at the University of Canterbury and found myself a student of The New Zealand Centre for Human-Animal Studies. In the years that followed, I was exposed to a vast body of scholarship on the topic of human-animal relationships and animal representations in culture and cultural narratives. After reading the work of scholars such as Carol J. Adams, Annie Potts, Nik Taylor, Dinesh Wadiwel, Melissa Boyde, Zipporah Weisberg, Joan Dunayer, Marti Kheel and Val Plumwood (to name a few), I found my niche in the field of Critical Animal Studies. I began researching depictions of fly-fishing in fishing literature and the essay I produced was submitted and accepted for publication in 2014 by Journal of Critical Animal Studies. At this time, I was also invited by Associate Professor Annie Potts to co-author research into the impact the 2010/11 Christchurch city earthquakes had on the region’s animals. This book was published in 2014 by Canterbury University Press as Animals in Emergencies: Learning from the Christchurch Earthquakes.

This book has the potential to save animals’ lives and so I am proud of my involvement in the project and feel privileged to have found a platform to advocate for vulnerable and victimised animals. In regards to Critical Animal Studies, I like the way it offers animal advocates a conduit through which they can analyse humans’ more problematic interactions with animals. The multi/inter/cross-disciplinary nature of Animal Studies enables me to combine my scientific background as a veterinary professional; experience of community engagement as a public speaker for an NGO; writing skills and knowledge gained as a student of the Humanities, with my animal rights activism.

Animal Studies is a dynamic and growing field, and it is one that simultaneously inspires and intimidates me. As a postgraduate student and ‘early career’ scholar, I am frequently astonished at the skill and dedication of animal studies academics such as those previously mentioned, among others. Being surrounded by such incredible people can make navigating one’s way through, and finding one’s place within, the field of Animal Studies, quite frankly, overwhelming. My greatest struggle as a student and emerging scholar in Critical Animal Studies has been – and remains – imposter syndrome. However, when fear of judgement and failure has me considering not submitting my work for publication, I recall the words of a wise mentor, who taught me the most important lesson I have ever learned as an academic writer: it is not about me, nor about how well I write. It is not about how widely my work is read or how kindly it is received. Of course, standards are important but it is not about gaining acceptance or respect. It is about the fish, who in life and literature are too often thought of as unfeeling aliens, as objects and symbols and things to be sought out, caught, tortured and killed, for food or for fun.  It is about all of the animals, the real and imagined, those we love and those we too often dismiss or overlook.

It takes courage and tenacity to be an advocate for nonhuman animals in the 21st century Western world, where exploitation of nonhumans is still, regrettably, ‘the norm’. Yet so much has been achieved. Socially sanctioned violence perpetrated against animals might, at one time, have passed unquestioned. Critical Animal Studies facilitates the asking of questions: tough questions. It enables us to critique, challenge, and perhaps even change, broaden and improve our attitudes. Upon reflection, it seems that I have used Animal Studies to exorcise some of my own demons and to express my own pain, but more importantly to expose the greater pain experienced by trillions of nonhuman animals daily at the hands of human‘kind’. And my pen shall not rest – to borrow a phrase from Animal Liberation – until every cage is empty.

Donelle is a qualified veterinary nurse who worked in the veterinary industry for over two decades before leaving the profession in 2013. In 2011 she completed a Bachelor of Arts degree in Writing, Editing and International Cultural Studies at Edith Cowan University in Perth, Western Australia and obtained an Honours degree in writing the following year. She recently completed a Master of Arts degree in English at the University of Canterbury (within the New Zealand Centre for Human-Animal Studies, NZCHAS) and is co-author, along with Associate Professor Annie Potts, of Animals in Emergencies: Learning from the Christchurch Earthquakes (Canterbury University Press 2014). She has written about literary representations of fish and fly fishing in fishing literature as well as analysed depictions of companion canines in dog narratives, both from within a Critical Animal Studies framework.

Find more information on her publications at academia.edu