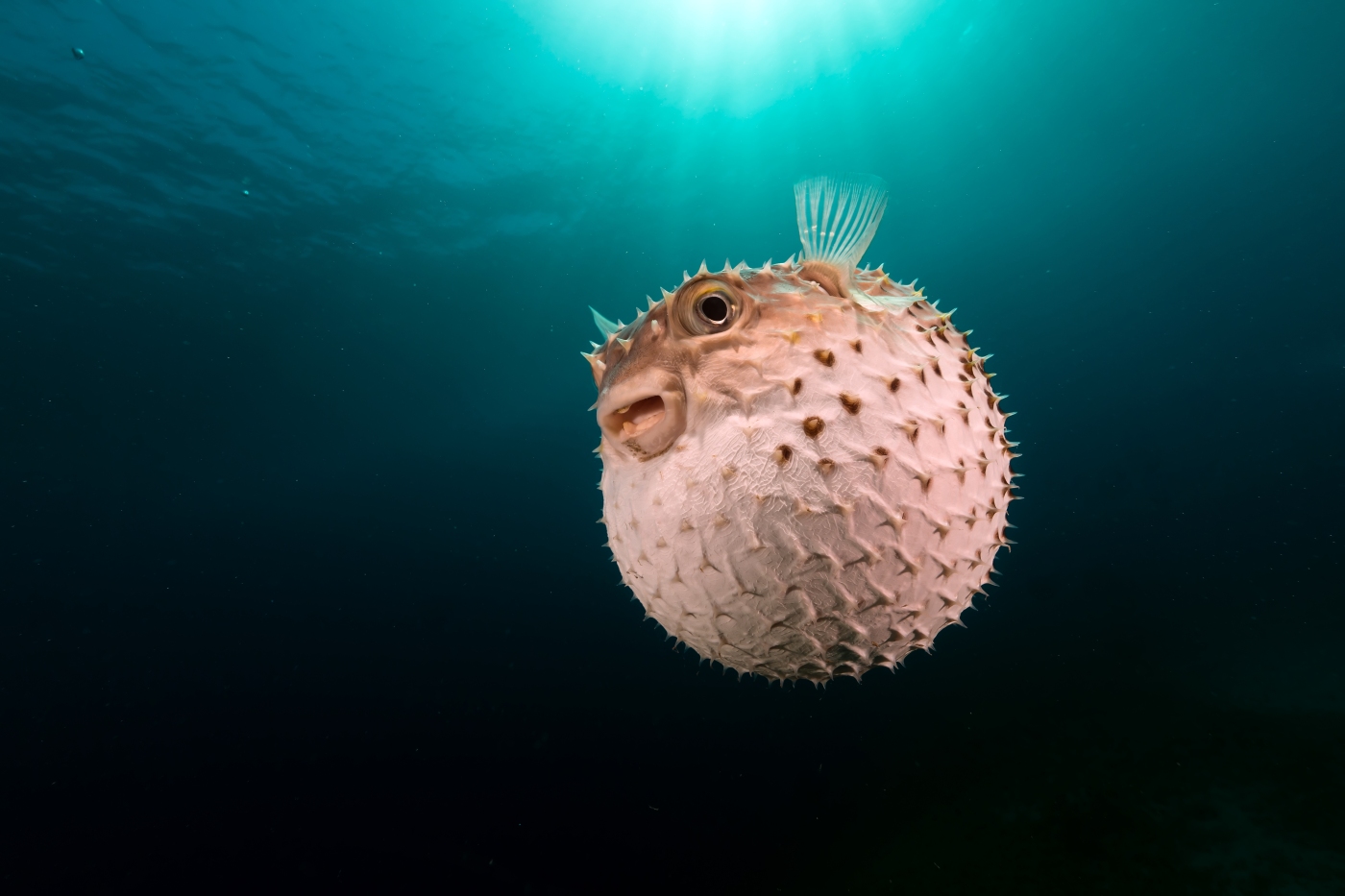 A seemingly (relatively) innocuous story caught my attention this morning.  Innocuous that is, unless you happen to be a carp living in Tasmanian waterways.  The story led with the line, “Fisheries officers are confident they will declare Tasmania carp-free next year, boosting the state’s reputation as a world-class trout fishery.” Convinced I had misunderstood the story – surely they couldn’t be saying that they needed to kill off and entire species of fish (carp) in order to make sure the waterways were full of another species (trout) so that people could flock to kill them – I read on.  Imagine my reaction when I realised this is precisely what the article was saying.  I was – and still am – torn between various emotions: anger, revulsion, indignation, and latterly, after reading this answer to the question of why go to all this effort: “Trout fishing is one of the state’s biggest tourist drawcards and Lake Sorell used to be a prized location and a hive of activity in summer, but since carp were discovered it has been closed”, incredulity.

The author of the article and cited commentators appear not to see any contradiction or hypocrisy, or even sense of wrong-ness of humans feeling entitled to eradicate an entire species in order to allow another one to be killed for ‘sport’, ‘fun’ and ‘tourism’.  This started me thinking about the different messages that were inherent to the piece.  In what follows below I break them down into sections, so they are easier to follow. I am not endorsing these messages nor suggesting that the mechanisms that legitimate murder and oppression operate independently.  In fact, it is the opposite, they merge, cross over, intersect and combine to produce and re-produce some of the worst aspects of our relationships with animals under patriarchal colonialist capitalism.

The thrust of the article is that carp need to be removed so that trout can survive so the area’s once “biggest tourist drawcard” can be returned to “its former glory”.  As many a scholar has noted, capitalism was founded on the work, lives and bodies of other animals (see, e.g., Nibert), and “the processes of capital are actually inscribed on the bodies of animals themselves” (Torres, p. 65).  Here, animals become commodities to be traded or sold for human profit – things, objects – not beings, individuals or subjects with agency and a desire for their own lives. And if this commodification, trading or selling involves their deaths then no matter for they are simply resources for humans, things that allow us to maximise our profits. Or so says the trope of human superiority.  And that trope is maintained through the use of language, language that determinedly and doggedly denies animals agency, individuality and rights, and which rests upon euphemisms to hide the monstrous activities done to them in the name of conservation, profit and even welfare.

One key euphemism is that of pest which allows us to position them as disposable, and by extension as trash.  In the Australian context this is often achieved through constructing them as invasive – and by extension impure – species that damage ‘natural’ species and so must have war waged upon them.  I am not arguing that they do not damage other species and their habitats.  I am, however, pointing out that simplistic and binary constructions and language ensure that we cannot look for alternatives.  As Dinesh Wadiwel points out,

The fact that we utilise fish on a monstrous scale, and in such a way that they are likely to suffer if they have a capacity to suffer, and that we do so without reliable science to confirm that fish do not suffer at our hands, tells us something about the relationship of our system of truth to power, and the way this frames problems and determines subject positions. Instead of asking ‘do fish feel pain?’ a different order of question might be: ‘How can we use fish the way we do, on the scale we do, when we are still not certain that they do not suffer?’

As Zahara and Hyrd (2015) argue, “Some of our urban companion species have adapted to our capitalist lifestyles not at the point of production and consumption, but at the point of disposal. And somewhere between consumption and disposal, there is a normative shift in our encounters with animals. ‘Trash animals’, as Nagy and Johnson argue, are despised, feared and mocked—they have become a “disgusting ‘other’ in our anthropocentric fantasies of existence.”

Gender and colonialism intersect in this article in several ways. Farmed animals kept are invariably female animals. The article shows proudly displays the bloodied bodies of female carp reviled for their reproductive capabilities. Had these capabilities proved profitable to the Tasmanian fisheries a starkly different fate may have awaited them. Instead they are to be exterminated, starting with the (female) breeders. Male animal bodies also suffer under capitalism that relies on colonial methods to determine social rank and value.  Take, for instance, the close to half a million  bobby calves killed annually in Australia alone (billions worldwide).  Both capitalism and technology are used in concert to exploit and position female bodies as commodities so that profit can be made from them.  This is why bridges, alliances and friendships must be built between feminists and animal liberationists.  Beyond this, the logic of domination that sits at the heart of animal exploitation is that which also underpins, justifies and maintains other oppressions such as homophobia, disablism and settler colonialism.  As Belcourt (2015) points out:

This falsely naturalized relationship between the animal body and colonized spaces must then become a point of decolonial intervention. That is, settler colonialism itself operates through a militant and racist politics of territoriality whereby Indigenous lands are physically and symbolically evacuated to be re-made into settler spaces ….  Factory farms, for example, are violent colonial geographies wherein the animal body is subject to surveillance and death to produce capital/commodity products and sustain carnivorous food cultures.

In keeping with the colonialist under – or over – tones in this article, and its ideas and language of purity, invasion and eradication, is its stress on the need to (ab)use female fish bodies in attempts to ‘eradicate’ – murder, kill, wipe out – carp in Tasmania, “Another trailblazing technique is to use females pumped full of pheromones to attract the males into the nets”.

The final themes in this piece that struck me was of the fishes’ resilience to the war being perpetrated against them, and their impressive resistance to human attempts to kill them. We are told how carp evade capture “If they get used to a particular fishing method they learn to avoid it pretty quickly.”  This is the one point in the piece that offers some discordance.  There is a distinct risk that we might see these animals as individuals, even as clever individuals, indeed we are told they are “much smarter than most fish”.  However, lest we start to empathise with these beings and their genocide, this is prefaced by a reminder that they are a “pest species.”  The brazen use of war-like metaphors (it’s “trench warfare” and no “silver bullet” has been found) reminds us that ‘war’ is actually the generalizable condition that characterizes all our relationships with animals (Probyn-Rapsey, 2016).  But it also highlights the resistance of the fish, which in turn highlights the normativity of the violence that underpins our relations with them – and with other animals.  As Wadiwel states,

And while this may ‘only’ be one news report and while it may ‘only’ be words, language matters.  It’s one of the main ways we establish difference between humans and all other beings.  Take the categories human and animal for example with animal standing for a vast array of different beings, all encapsulated by a term that essentially means ‘not human’.  Starting to analyse how we re-present animals and our attitudes to them is one of the first steps to changing how we treat them.

by Nik Taylor with thanks to Heather Fraser for some deft editing and stretching my ideas.