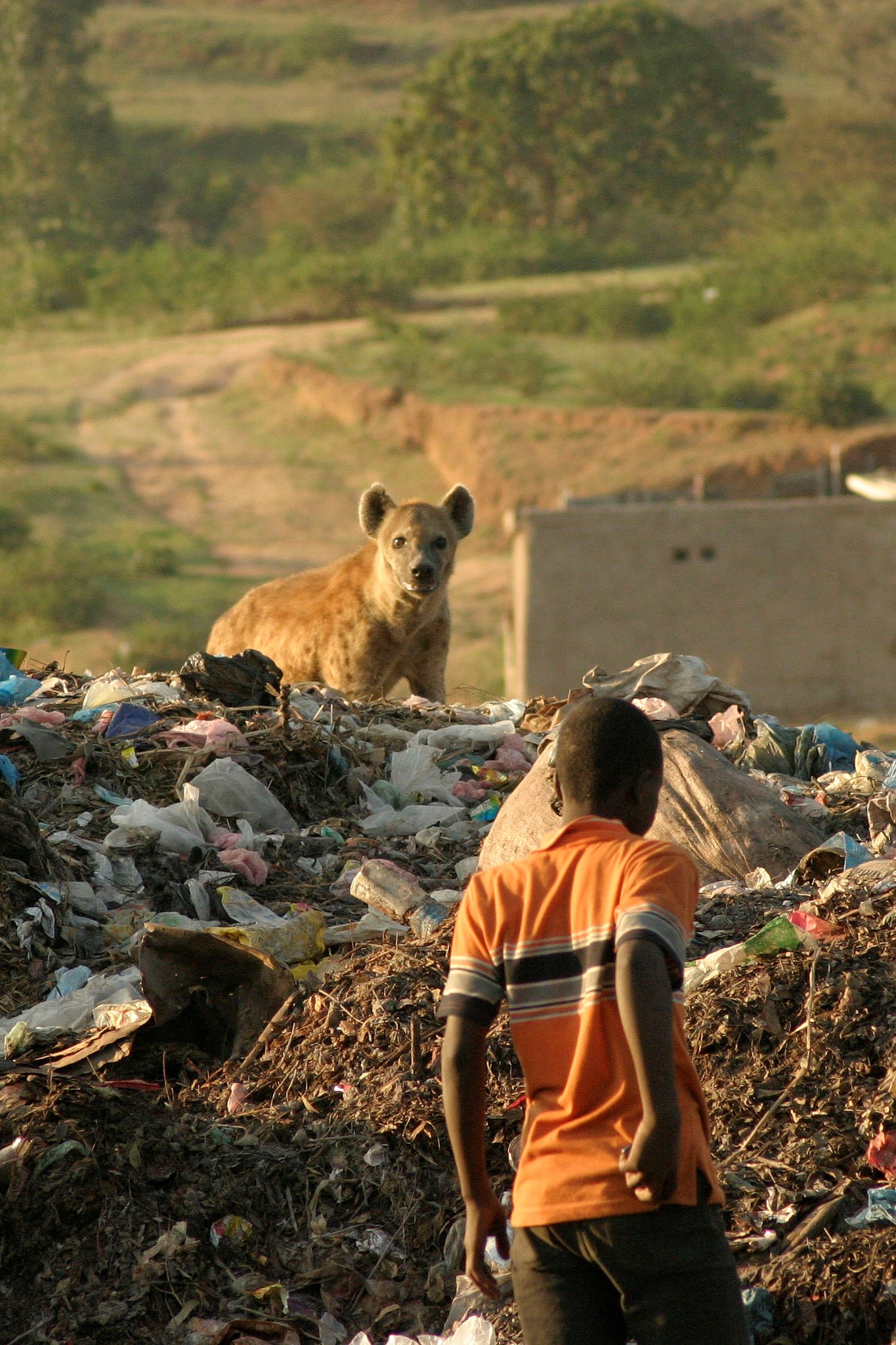 Welcome to our series, ‘Why Animal Studies?’ The aim of the series is to have scholars across the ideological spectrum (i.e., human-animal studies, critical animal studies, anthrozoology) reflect on why they locate their scholarship in the field. We will be featuring pieces from PhD students, established and early career scholars as well as established scholars from other areas who are increasingly interested, and working, in the field. If you would like to contribute to the series please email nik.taylor@flinders.edu.au.

In this piece Marcus Baynes-Rock reflects on his PhD investigating human-hyena relationships in Ethiopia. He points to the need for novel methods that allow research to acknowledge and include non-human animal participants.

When I was a boy I was given a copy of Richard Adams’ Watership Down, an unashamedly anthropomorphized tale of a rabbit with ESP leading his companions to safety prior to their warren being destroyed by humans. The book opened my eyes to the possibility, not that telepathic rabbits might live in police states run by rabbit despots, but that there was a world of persons out there experiencing that world in their own ways. Watership Down was a best-seller and Art Garfunkel sang the theme song to the movie, but it was not as influential to me as Adams’ third book, The Plague Dogs. In this not-as-popular book, two dogs escape from a research facility and seek refuge from human persecution. The anthropomorphism is not as rampant in this story and this to me is why it is so powerful. Adams gets closer to the idea of an other-than-human perspective on the world and explores dog subjectivities.

Many years later, when I was planning my doctoral research on human/hyena relations in Harar, Ethiopia, it made perfect sense to me to take consideration of those other-than-human perspectives and include in my research design the opportunity to get close to the hyenas and get a better understanding of the ways they subjectively inhabit their worlds. Of course this is anathema to the traditional social and behavioural sciences so navigating the ethics approvals process was both difficult and disturbing. When you apply for ethics approval to do research on animals they operate on an assumption that you want to interfere with their lives in some way, ranging from capture and restraint in wild animals to inflicting pain, suffering and death in both wild and captive populations. All I wanted to do was follow hyenas around.

In Harar, the hyenas were willing and informative research participants. Thanks to a few individuals who let me get very close I began to see the world in ways that paralleled those of hyenas. I saw how terrifying humans could be, how the darkness of night made places feel safer, how garbage dumps presented opportunities, and how it was possible to fall in love with the fresh, ripe carcass of a diseased ox. The worlds of spotted hyenas are sensorial mardi gras; they smell far away foods and find other hyenas’ signatures all over the place; they see far into the darkness of night and listen in to hyena squabbles from kilometres away. After spending time with hyenas you come to realise that the thing that most distinguishes humans, apart from our endless chatter, is our dull-witted, sensory numbness.

Rather ironically, my explorations of hyena subjectivities has led me to become involved in the Human Distinctiveness Project funded by the John Templeton Foundation. On the surface this sounds a lot like a humanist project but not so. I’m looking at the conditions under which humans evolved extended theory of mind and how this impacted on domestication processes. Theory of mind evolved to the degree it has in humans within a complex socio-cognitive niche that included, in addition to other humans, other animals as social actors. In particular it was competition with hyenas that figured as a selective pressure which impelled humans (and hyenas) toward better mind-reading skills. This is not to discount the importance in evolutionary terms of navigating social relationships with other humans but to make explicit the fact that social relationships in human evolutionary history were not just intra-human relationships. To understand the human socio-cognitive niche we need to understand humans as part of a community of animals; a community that included, and in some places still includes, hyenas.

Marcus Baynes-Rock is a postdoctoral research associate with the University of Notre Dame. He has conducted fieldwork on human/animal relations in Ethiopia and on the mid north coast of New South Wales. His book Among the Bone Eaters is an account of his personal transformation engendered by close relationships with spotted hyenas in the city of Harar, Ethiopia.